The Liddell family was off again in June, this time to glorious northern Spain. We flew to Madrid and spent a few days there seeing the Palace and the Prado, and everything in between. It was so true that the Spanish go walking every evening-called "the Paseo". The people watching was incredible. We took a day trip to Toledo-so quick and easy, just a half hour train ride-and enjoyed the ancient capital of Spain with it's narrow streets and beautiful views. From Madrid we flew to Santiago de Compostela, another beautiful old city and the final destination for pilgrims walking the "Way of St. James" or "Camino de Santiago". I wish I could take off work to do the walk! We arrived in Santiago just in time for noon mass at the cathedral with all the pilgrims who had arrived that day. Amazing! After a brief visit to the tantalizing farmer's market there and all it's varied shellfish and pork products, we headed to our B&B for the night, a pretty little farm and vineyard on a reservoir in Portomarin in Galicia. The countryside was so green! It was a bit rainy and chilly, and the farmstead dinner we ate of a hearty kale and white bean soup, pot roast, salad and the local almond cake (see recipe) was just what the doctor ordered. Food tastes much better when you can see the garden it came from growing right outside the window. The next day we headed off on a drive across the northern coast of the country over to the Pyrenees. Scenery, scenery, scenery. Takes away the stresses of city life! Our next B&B was in the tiny town of Oderitz, high in the hills of the lower Pyrenees. This Basque family house was beautifully restored by a young family. Their 4yo son could not wait to practice his English on us. They speak Euskara, the Basque language. We did a lot of communicating by hand gestures! Euskara is a very ancient language, full of double consonants with "tz" and "tx" in seemingly every word. All of the towns in this area were similar-very quaint stone and stucco buildings with porches and windowsills FULL of geraniums. So pretty! It was if they were trying to cram a geranium plant in every possible corner they could. We saw the town of Pamplona, where the running of the bulls was about to take place in July, and a beautiful Spanish winery. We also hit Bilbao, and the magnificent Guggenheim with it's dramatic architecture. The city of San Sebastian near the French coast has a beautiful beach and the best tapas in Spain (really called "pintxos" in this area). After several rejuvenating days in the mountains visiting multiple towns, monasteries, and seeing one gorgeous view after another, we headed on to Barcelona. This gem of the trip from a gardening standpoint was here: the Park Guell. This is a city park designed by the famous architect Gaudi, whose Modernist work is visible all over Barcelona and really the signature of the city. The plants in the gardens were lovely, but the real sight is all the hardscape. EVERYTHING is covered in gorgeous mosaic, and the fun fanciful shapes are quite a site. Even more intriguing was the Sagrada Familia, the huge cathedral still being built, originally designed by Gaudi. Panoramic views of the city from the top of the spire are not to be missed. After two days of exploring Barcelona, we took the very nice and efficient high speed train back to Madrid. On the final morning we had a ceremonial breakfast of churros con chocolate, and wearily flew back home. What a trip! 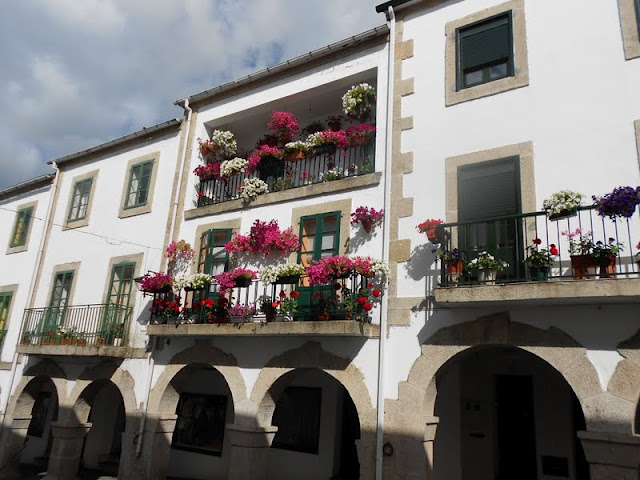 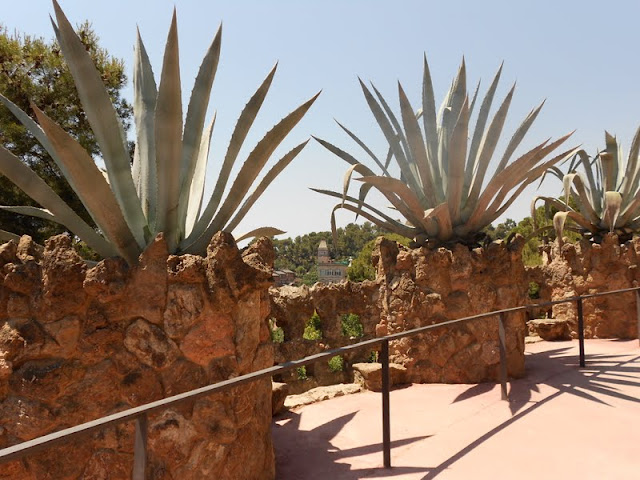 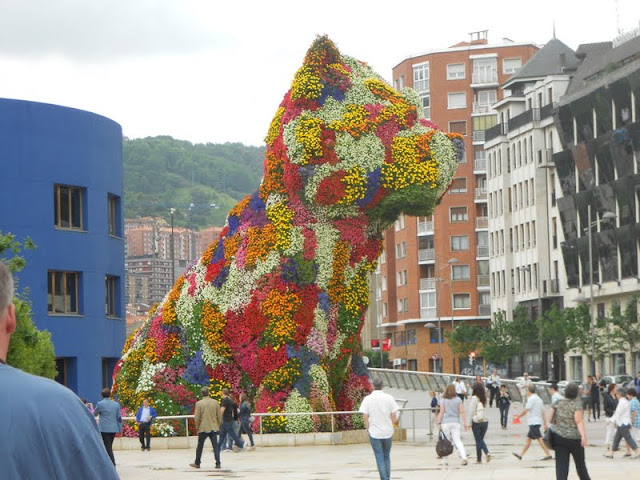 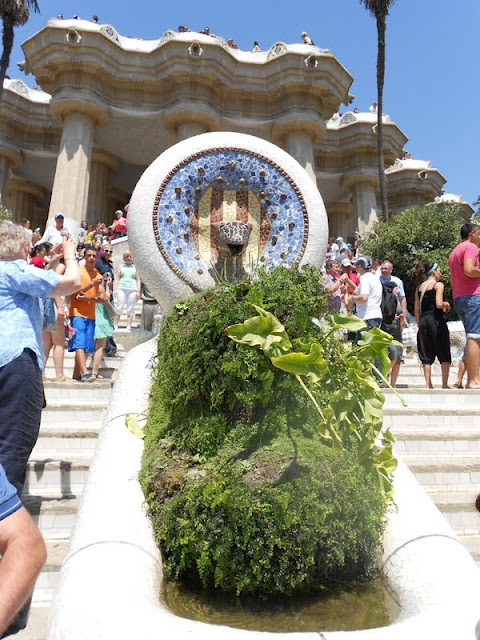 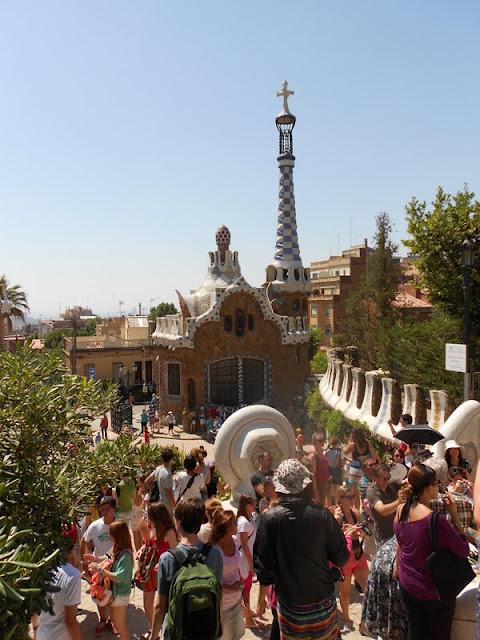