BECOME A CITIZEN SCIENTIST with iNaturalist

Check out this link to learn how you can become a citizen scientist.  https://www.inaturalist.org/pages/about

One of the world’s most popular nature apps, iNaturalist helps you identify the plants and animals around you. Get connected with a community of over a million scientists and naturalists who can help you learn more about nature! What’s more, by recording and sharing your observations, you’ll create research quality data for scientists working to better understand and protect nature. iNaturalist is a joint initiative by the California Academy of Sciences and the National Geographic Society.

That's the vision behind iNaturalist. So if you like recording your findings from the outdoors, or if you just like learning about life, join us!

iNaturalist.org began as the Master's final project of Ken-ichi Ueda, Nate Agrin, and Jessica Kline at UC Berkeley's School of Information in 2008. Nate and Ken-ichi continued working on the site after graduation, with some additional help from Sean McGregor. Ken-ichi began collaborating with Scott Loarie in 2011, when they organized as iNaturalist, LLC and began expanding the site through numerous collaborations. In 2014 iNaturalist became an initiative of the California Academy of Sciences and a joint initiative with National Geographic Society in 2017. Internationally, iNaturalist is supported by several different organizations through the iNaturalist Network.

Planning a get-away?  Why not visit one of these recommended gardens? 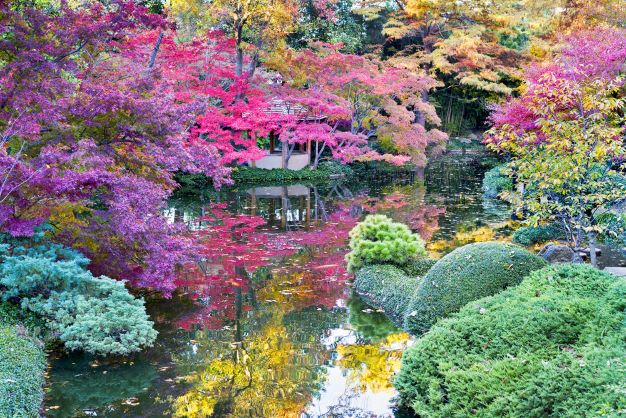